A life-threatening condition if left untreated, vascular disease occurs when inflammation causes weaknesses in a person's veins, arteries or both. In many cases, problem areas within the body's blood circulatory system will see the build up of fatty deposits. If blood vessels become sufficiently blocked by these accumulations, then it may cause damage to vital organs. In some cases, a vascular surgeon will be able to help clear out some of these blockages or make them less severe, at least. However, it is better to adjust your lifestyle so that the accumulation of these fatty tissues does not happen in the first place. Since most deposits build up over the long-term, there is time for everyone to act to ensure their chances of being diagnosed with vascular disease are significantly diminished.

The Causes of Vascular Disease

Lack of a varied diet is one of the major causes of vascular disease. Fatty tissues don't just lie under the body's skin and will sit within blood vessels, too. Therefore, a good way of reducing the likelihood of them building up is to reduce the amount of fat and sugars in your diet. Alcohol intake should also be restricted to reasonable levels, as well. In addition, failing to take regular exercise, especially strenuous exercise which gets your heart pumping can be a contributing factor. Smoking and high levels of stress are also well-known by medical professionals as having in impact on the degree to which vascular disease may be prevalent in a given patient.

Nevertheless, it is not all about lifestyle choices. People who are in a high-risk group of suffering from vascular disease include those with other conditions, such as high blood pressure or diabetes. Being male also means belonging to a higher risk group since females tend to suffer from the condition less than men. Moreover, people who have a family history of angina, heart attacks or stroke among their immediate relatives are more likely to suffer from vascular disease than those who do not.

The Risks of Vascular Disease

One of the problems of this condition is that because it builds up slowly, it can be all but symptomless until a patient gets to the point of danger. Only when their blood vessels have become so damaged by the disease will the flow of blood start to fail. This might be first noticed by muscles being compromised and causing pain or a lack of mobility. Equally, it might cause problems with organs first. Either way, the condition presents a considerable risk to future health.

Among the most frequently diagnosed forms of vascular disease is a condition known as peripheral arterial disease, or PAD. This means that the arteries in a patient's legs are often severely affected. PAD can lead to leg ulcers, the inability to walk and it may even result in amputations being required. Other forms of vascular disease increase the risks of suffering a heart attack or of other organs failing. 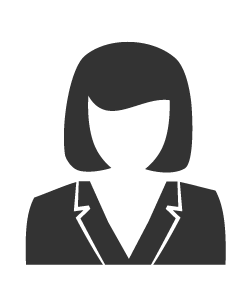